Before you have kids you think, “I will never be Those People.”

Those People are the ones the childless you observe “allowing” their children to misbehave in public, coddling their children with bribes (“If you’re good while we shop, Mommy will let you have M&Ms.”) and forcing their screaming children to do something they clearly do not want to do – like ride a semi-scary amusement park ride.

Not too long ago, Mr. Bailey and I became Those People. Full disclosure: I’m sure this isn’t our first foray, but it is the most egregious in recent memory.

Instead of staying home over Thanksgiving holiday we uncharacteristically decided to visit the most popular amusement park in theUnited States. We did this purely out of a desire to avoid the sadness of my first major holiday without my Mom. We had good reasons.

That’s what justified spending more than we should have on park tickets, hotel and food; the majority of the cost lying in the park-highway-robbery-tickets.

So when some of the most amusing of the amusements enticed, we tried to casually saunter into the line despite Prima’s mild protests. As we wove through the cavern-like line at a pleasingly brisk pace, Prima’s protests grew more urgent. Secondo, suddenly tuning into her kid counterpart’s anxiety, also began to chirp.

Mr. Bailey and I tried strategy No. 2 at that point: cajoling. We assured Prima it would be fun, we pointed out the other children in line, much younger than her, who looked excited: we mentioned out how smiley people were as they exited.

No dice. Prima’s protests became more urgent. Her already dominating brown eyes grew larger with fear as we approached the end of the wait to board. We could see dug heels lurking in Secondo’s eyes. (Prima’s dug heels are usually negotiable, Secondo’s are not. Ever.)

Rounding the last bend, we tried strategy No. 3: ignoring. Mr. Bailey and I talked about how excited we were, how this was our most favorite ride ever, how we were never ever scared on the ride. We expected Prima to quiet down and listen intently to what we said. Instead, she squared her jaw and began chatting, “no, no, no, no!”

Finally, as we neared the ride loading gate, we became Those People. As the park attendees eyed us sadly, and with the triple-digit cost of park tickets in mind, I took a firm hold of Prima’s wrists, and said, “Prima, come ON! Stop-shouting-It’ll-be-fun-I-promise-I’ll-buy-you-a-souvenir-if-you-do-it!” As she simultaneously shouted, “No-Mommy-no-Mommy-I-don’t-want-to-Mommy-please-no-please-no!” Mr. Bailey scooped up Secondo in the same moment this occurred, placed her in the ride and sat down with her.

Suddenly, I looked up to at least a dozen eyes on me as I attempted to physically push my terrified 8-year-old daughter into an amusement park ride. For the sake of – ahem – fun, and, let’s be honest, cost justification, and selfishness. Even Secondo looked at me, shocked.

It was the shock that got me. 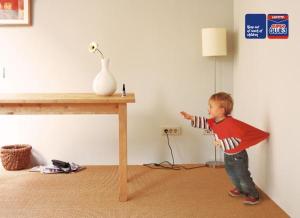 A kindly attendant gestured to her right.  “You can walk over this bridge to exit the ride.”

Mr. Bailey and Secondo unbuckled and hurriedly joined us for a whole new walk of shame.

It took several moments for the mortification to slough off me.

When it did, I saw the world in a new light: through the eyes of Those People.

This site uses Akismet to reduce spam. Learn how your comment data is processed.

The Band Scar Was Freshly Pressed

They Cared, Then Shared

Catching Up with Mary

Begin typing your search above and press return to search. Press Esc to cancel.